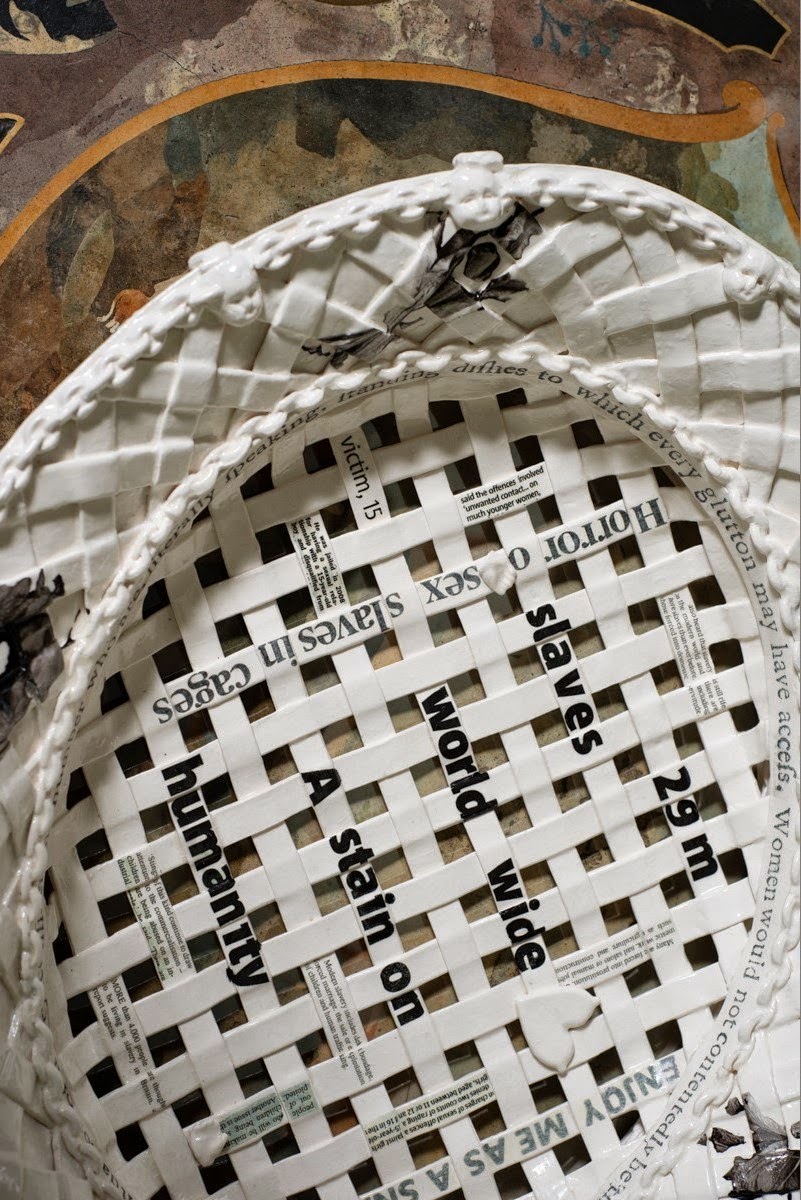 Dish of the Day: chicken in a basket, Robert Cooper and Stella Harding. Photo: Jim Stephenson
Curated by Unravelled Arts www.unravelled.org.uk  the exhibition  features our collaborative piece commissioned for Unravelling Uppark in 2014.  At CAA it sits on a specially made gallery plinth alongside other works originally shown in the Unravelled series of exhibitions at three National Trust properties in the south east of England - including Unravelling Nymans (2012) and Unravelling The Vyne (2014).
As well as wanting to bring the pieces to a wider audience the curators wanted to question 'what happens when site-specific installations are moved to a new setting? Does the work either gain or lose significance when it is taken out of its original setting?' 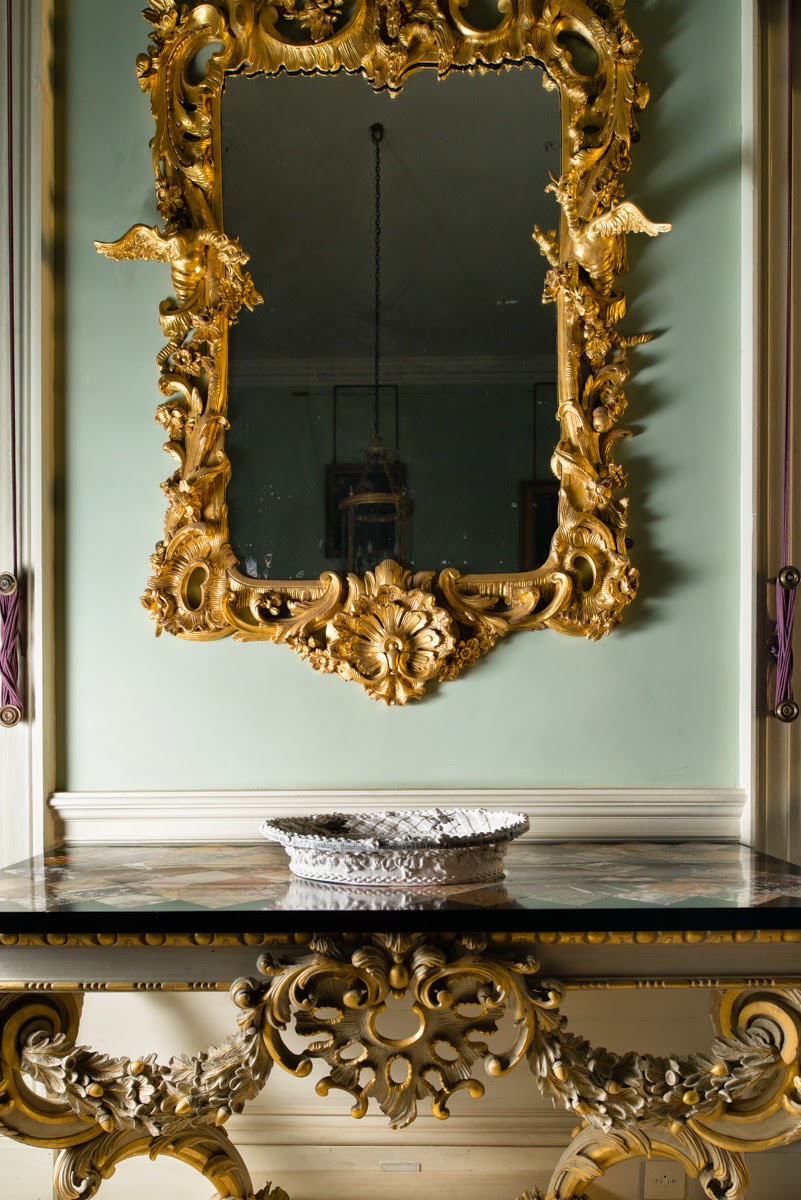 Dish of the Day: originally shown in the Stone Hall at Uppark House NT in West Sussex.
I would say that much depends on the nature of the new setting.  At Uppark Robert Cooper and I wanted the piece to operate as 'stealth craft', and as such we wanted it to blend into its 18th century surroundings so that it would appear at first sight as an anonymous collector's piece - only revealing its jarring message about child sexual exploitation and modern slavery (collaged from contemporary news cuttings) upon closer inspection.  The risk in this strategy was that, amongst all the opulent decoration in the dimly lit interiors of Uppark with no visible interpretation material to flag its whereabouts, it could easily have been overlooked entirely.  But that was our point;  much child sexual exploitation and modern slavery is still overlooked - despite the increasing glare of the media spotlight. 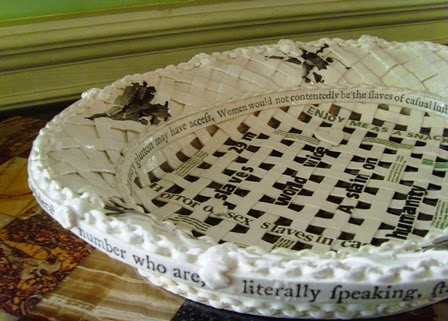 Dish of the Day - detail
At CAA there's been no  attempt to reference or recreate those original settings.  Our piece is literally placed under a hard spotlight and thrown into stark contrast with its dark red plinth against a plain white wall.  Here it vies for attention with similarly 'decontextualized' works, some of which sit happily in the gallery as recognisable examples of contemporary applied art (textiles, wood-carving, metal work and embroidery) by well known makers. 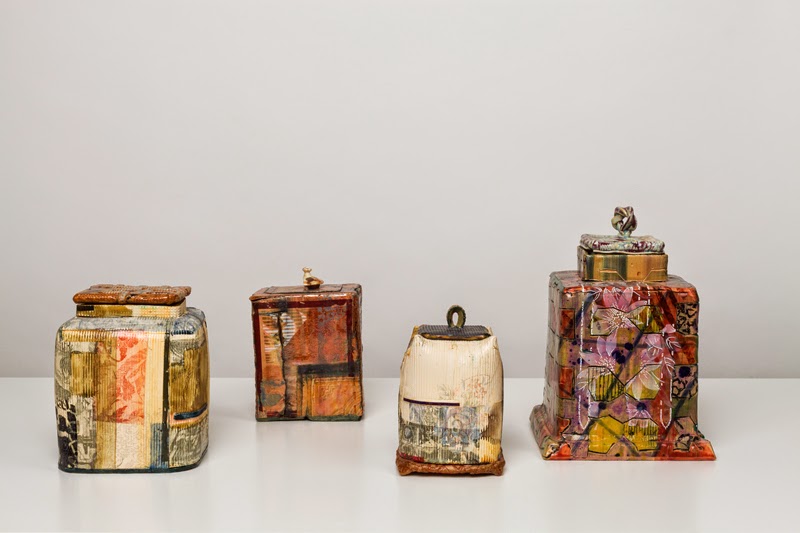 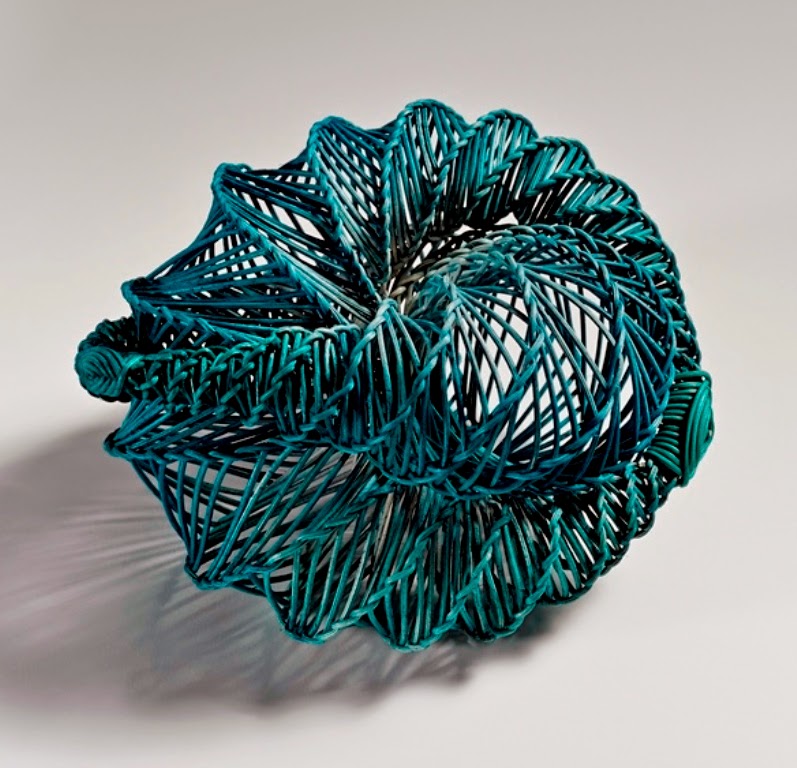 ARCHEFOSSIL - Stella Harding. Photo: Arnold Borgerth
For me, I find our piece as uncomfortably out of place at CAA as it was at Uppark - still operating as stealth craft but in a different way.  It not only isn't recognisable as a gallery piece by either Robert Cooper or myself  (our own work is very different from this collaborative piece) but here the traditional dish form, relief decoration and eighteenth century quotation from Mary Wollstonecraft becomes oddly anachronistic.  It has to stand alone without fixed reference points either to its makers or to a single craft genre.  It's a liminal, borderline piece  - straddling historical time and contemporary space - dependant once again upon the beholder to look beyond the first glance and unravel its significance.
The contemporary settings for child sexual exploitation and modern slavery may change - shifting from the eighteenth century brothels and grand country houses to the internet or the gold mines of Peru or the nail bars of Peckham. But the practices carry on now, as ever, largely unabated, largely unchecked and largely overlooked.
Will this piece ever sit comfortably anywhere?  I do hope not.
Posted by stella harding at 09:45 No comments: 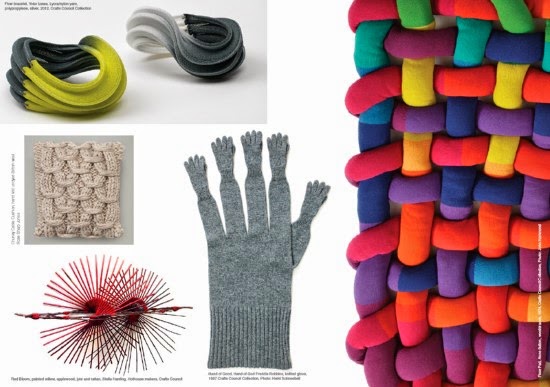 This exhibition at Cartwright Hall Art Gallery in Bradford celebrates the vibrant legacy of Bradford's woollen industry and contemporary developments in design, materials and technology.  One of my wall pieces, BLOOMING, is featured alongside archive pieces from the  Crafts Council Collection, including work by Hikaru Noguchi, Freddie Robbins, Carol McNicoll and Susanna Heron as well as some of my fellow makers from the Crafts Council's Hothouse programme. 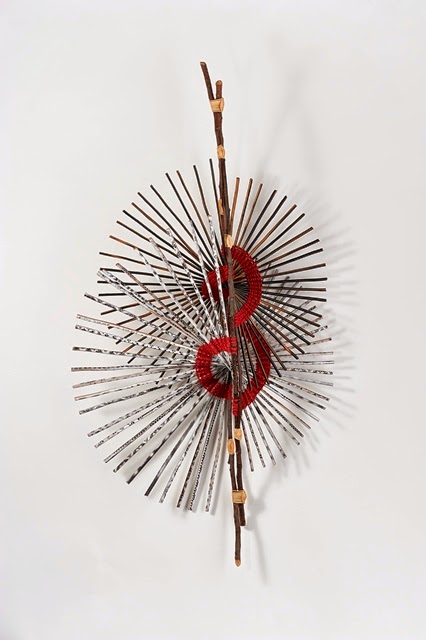 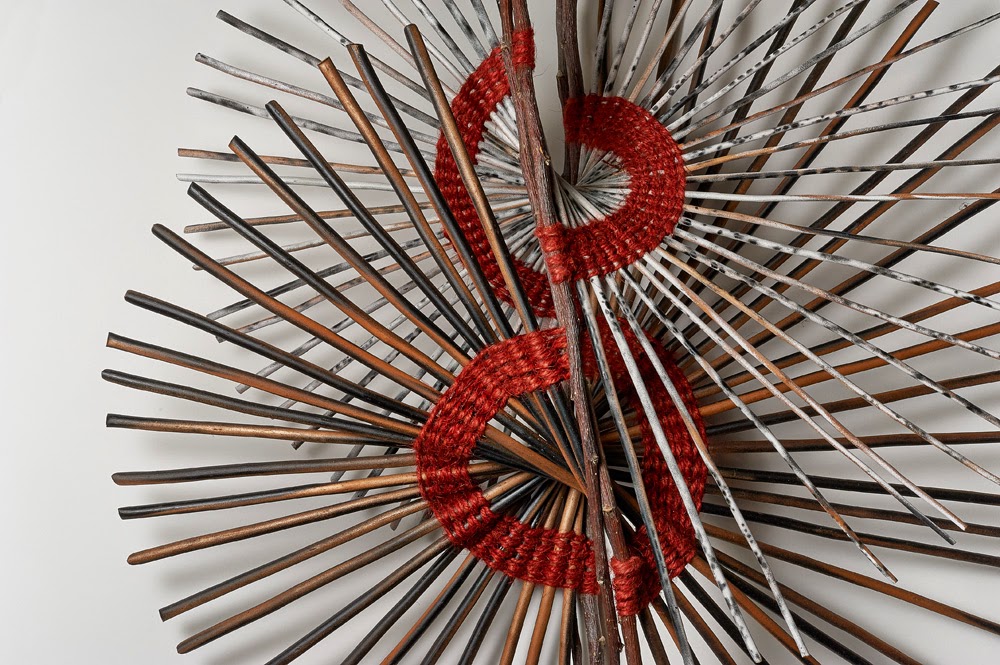 Stella Harding DARK BLOOM (detail)
Although the  central woven sections of the 'Bloom' series might appear to be knitted, the effect is achieved by a basketry technique known as twining.  Twining and reverse twining alternate to create a 'stitch' similar to knit one, purl one.