Scientists all around the UK are celebrating the centenary of the Medical Research Council this year and the geneticists, structural biologists and crystallographers at the Genome Damage and Stability Centre, University of Sussex, are no exception.  They've planned a whole day of discussions, demonstrations and lab tours to promote their ground-breaking research.  A particular specialism is  damage caused to our DNA and what the body's attempts to repair it can tell us about cancer and rare genetic disorders. 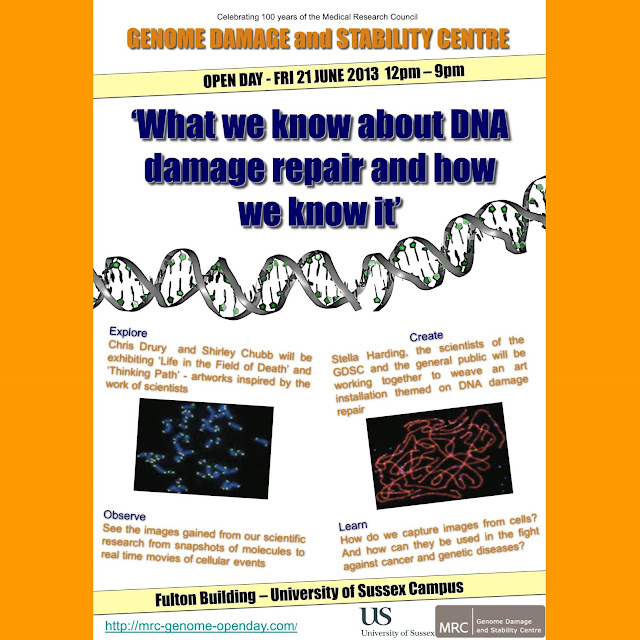 Back in 2012 they hatched a plan to invite artists with an interest in science to contribute to the day and I was one of the ones who responded.  Land artist Chris Drury, who has made several works inspired by genetics, will show one of his large-scale pieces and Shirley Chubb will install Darwin's 'Thinking Path'. 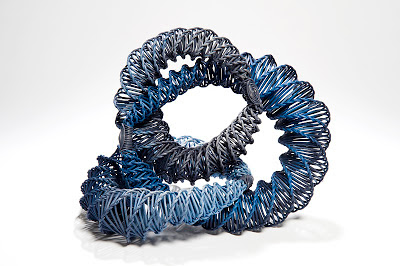 Stella Harding BLUE JEWEL 2011, Photo Ester Segerra
People have often suggested that my spiral plaited forms look a bit like the DNA double helix, but rather than show an existing piece I proposed something a little different to the organising committee.
They wanted the day to provide an opportunity to communicate with members of the public, an opportunity for dialogue and active engagement.  My suggestion was that on the day scientists, artists and members of the public should work together on making an interactive installation crafted from the very 'stuff' of the genome labs.  At the initial meeting I wasn't sure exactly what this stuff might be - I had some vague idea it might involve waste paper - lab reports, research papers, old journals and the like.  This was before I'd actually visited any of the labs in the centre. 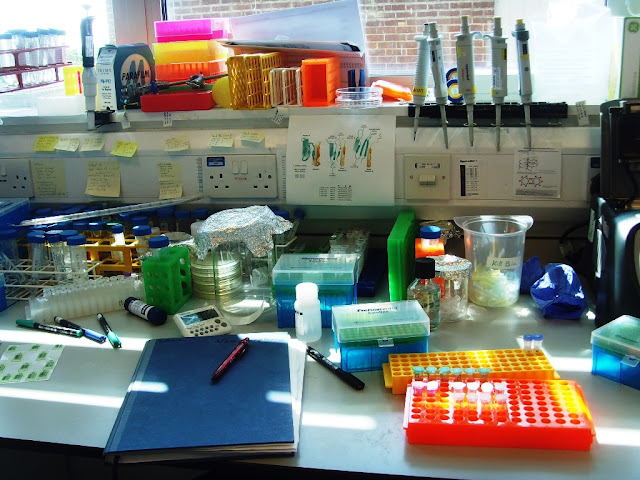 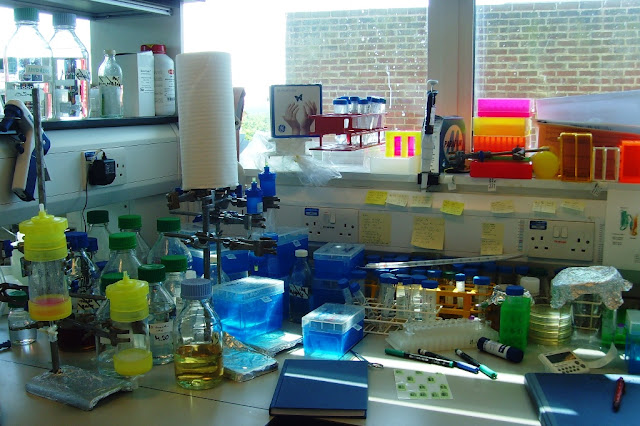 Plastic! fantastic!! Far from the sterile, orderly white-coated stereotype here was a myriad of colourful chaos.  And, after one use, most of it goes in the recycling bins! 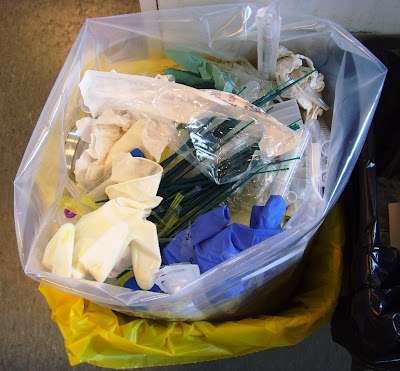 Of course, it's all colour coded and sorted into hazardous and non-hazardous waste. 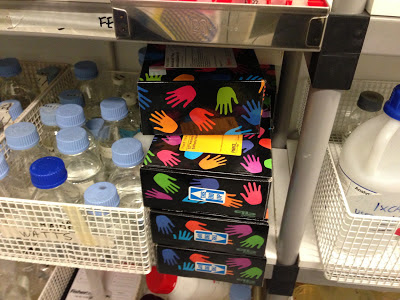 All handled with equally colourful gloved hands.  This is the everyday stuff of lab craft.  So, if  DNA is 'the stuff of us' - the building blocks of life,  then all this plastic paraphernalia from the research laboratories would be the building blocks for Crafting the Genome Lab - a fantastical experiment in collaborative making and repairing and having fun! - which is what a celebration should be about.
I've certainly been having fun playing with some of the tip-box covers and six-well dishes in the studio - their perforated, cellular grid forms remind me of Lego and Meccano building blocks. 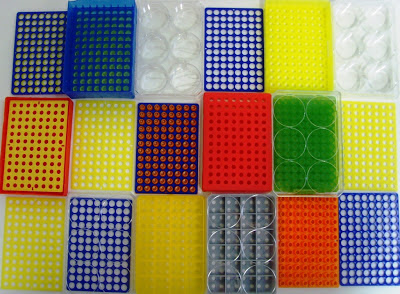 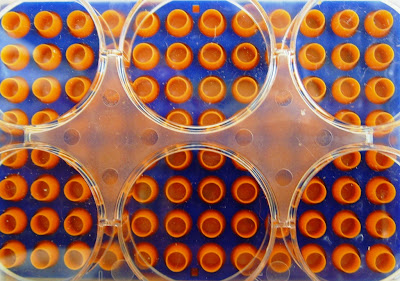 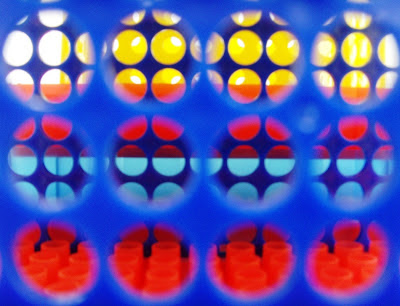 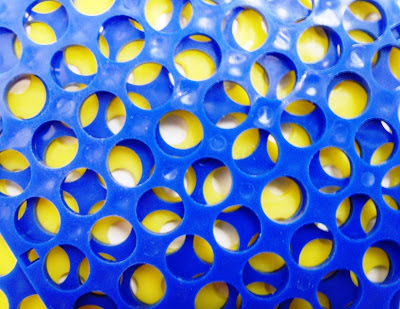 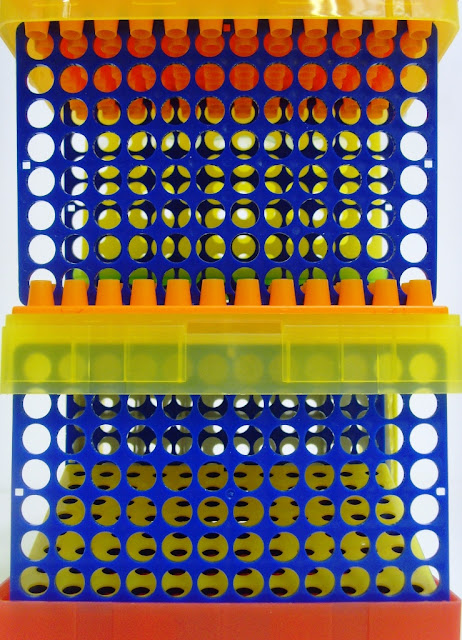 So, somewhat predictably, I couldn't resist making my own tip-box high rise. 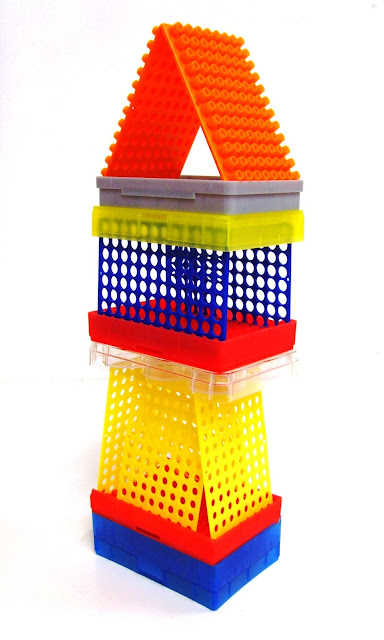 Eat your heart out Norman Foster.
Who knows exactly what we'll make on the day.  There's a large space in the entrance of the Fulton Building to fill and to get things going I'll be contributing a 2 metre length of my plaited 'DNA' (each 2 metre double  strand of tightly packed DNA is unravelled and copied every time a cell divides).  Participants will be invited to 'damage' and repair it in whatever way they see fit.  There'll be plenty of scientists and PhD students on hand to help out and answer questions.  After talking with crystallographer Tony Oliver I've a hankering to grow a large glittering crystalline structure out of hundreds of 5mm pipettes - but I've heard the students are a dab hand at making elephants out of plastic gloves so it's all to play for on the day............
If you'd like to learn more about DNA damage and repair, have a look through an electron microscope or if you just want to get your hands on some plastic see www.mrc-genome-openday.com for details.
Posted by stella harding at 07:34 2 comments: